Lesson 10: A Humanitarian by Dying For Us

A Lamb Goes Uncomplaining Forth

A Lamb goes uncomplaining forth,
Our guilt and evil bearing
And, laden with the sins of earth,
None else the burden sharing.
Goes patient on, grows weak and faint,
To slaughter led without complaint,
That spotless life to offer,
Bears shame and stripes and wounds and death,
Anguish and mockery and says,
“Willing all this I suffer.”

This Lamb is Christ, the soul’s great friend,
The Lamb of God, our Savior;
Him God the Father chose to send
To gain for us his favor.
“Go forth, my Son,” the Father said,
“And free my children from their dread
Of guilt and condemnation.
The wrath and stripes are hard to bear,
But by your passion they will share
The fruit of your salvation.”

“Yes, Father, yes, most willingly
I’ll bear what you command me.
My will conforms to your decree;
I’ll do what you have asked me.”
O wondrous Love, what have you done!
The Father offers up his Son,
Desiring our salvation.
O Love, how strong you are to save!
You make his bed within the grave
Who built the earth’s foundation.

From morn till eve, in all I do,
I’ll praise you, Christ, my treasure.
To sacrifice myself for you
Shall be my aim and pleasure.
My stream of life shall ever be
A current flowing ceaselessly,
Your constant praise outpouring.
I’ll treasure in my memory,
O Lord, all you have done for me,
Your gracious love adoring.

On the cross, God poured out his wrath on Jesus so that his love could be poured out over me.

I had a sin debt of death to be paid, and it was paid in full by Christ’s atonement. The curse of sin and death no longer has its hold on me.

God sent his Son to purchase and redeem the very ones who would nail him to a tree. That’s love, that’s grace, that’s a genuinely giving God who does whatever it takes.

A Lamb Goes Uncomplaining Forth

God the Father, desiring our salvation, offered up his Son, who willingly suffered for the sins of the world.

Mine ought to be a life of guilt and condemnation, but instead, the Father sent his Son to win my salvation.

God the Father and God the Son were in perfect agreement and harmony as to what must be done to save humanity. Jesus sinless life must be offered as a sacrifice and willingly he suffered. The very one who formed man out of the dust of the ground was lifeless laid in the ground for me and for my salvation. That is a love that is strong to save. The Father’s love for his Son, who willing offered himself for me now guides all I am and all I do. 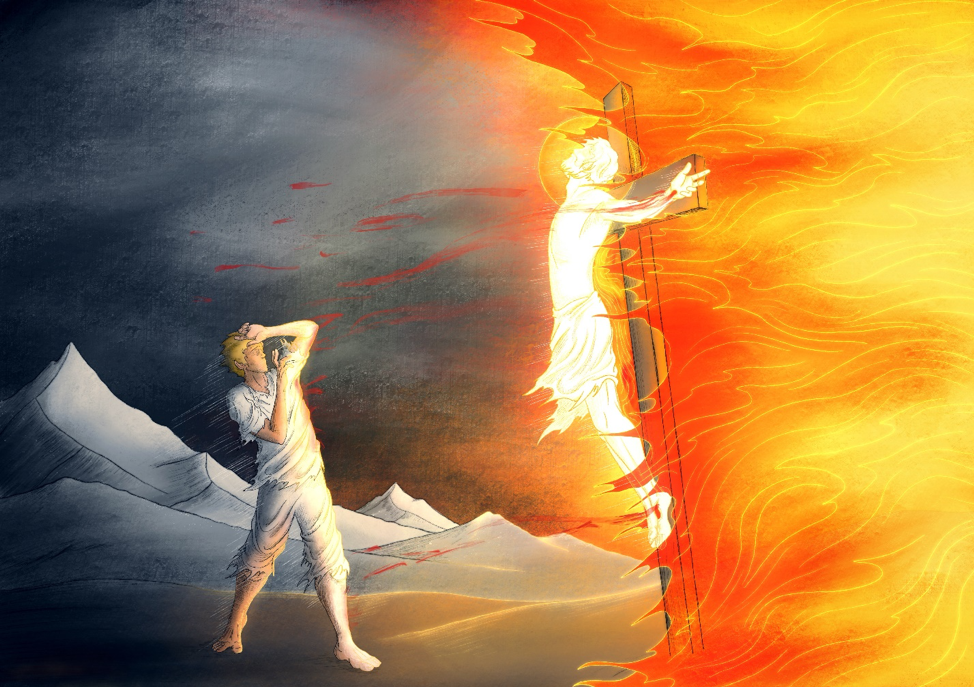 Herein is love, not that we loved God, but that he loved us, and sent his Son to be the propitiation for our sins.

This picture is a clear and sobering reminder of what the Love of God accomplished at the cross, namely, the swallowing up of the Wrath of God—indeed, the punishment of hell—that I deserved.

I deserve to be destroyed by the wrath of God over sin, but in Christ, I stand forgiven and free.

God placed his own Son Jesus in the path of his wrath. On the cross, Jesus took my sin and yours and died to pay for the sins of the world. God sent his Son to suffer and to die so that humankind might stand protected at the foot of the cross. 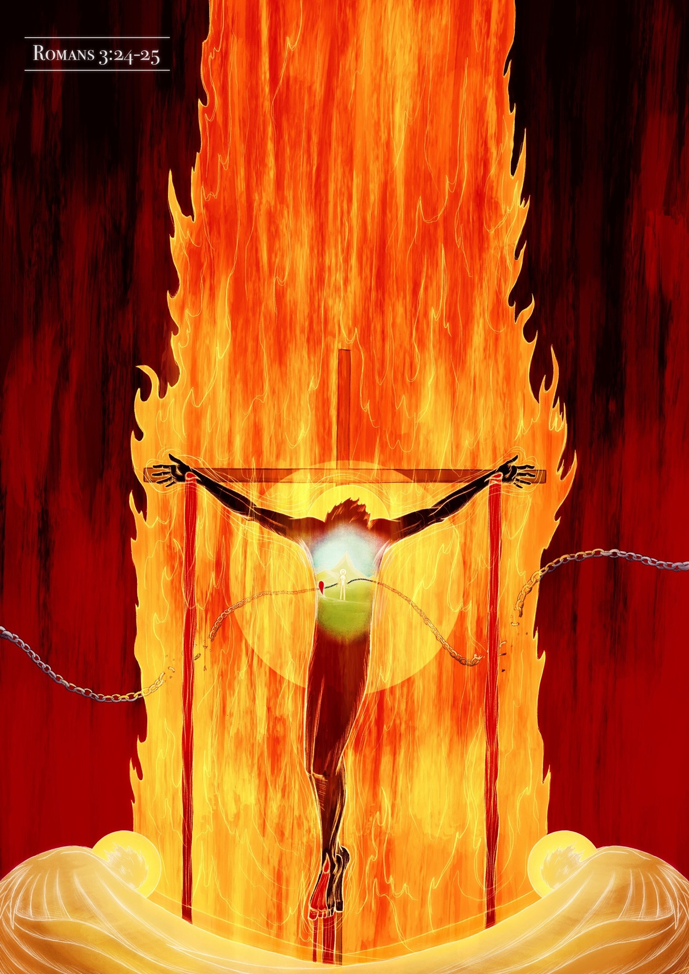 For all have sinned, and come short of the glory of God; Being justified freely by his grace through the redemption that is in Christ Jesus: Whom God hath set forth to be a propitiation through faith in his blood, to declare his righteousness for the remission of sins that are past, through the forbearance of God; To declare, I say, at this time his righteousness: that he might be just, and the justifier of him which believeth in Jesus.

On the cross, the chains of sin and death were broken and no longer have a hold on me. Like the lambs sacrificed at Passover, whose blood painted the doors to be “passed over” by the angel of the Lord, God’s wrath passes over those who have been painted in Jesus’ blood by faith. In the comfort of the cross, I stand safe and secure.

All sinners deserved to have the full wrath of God poured out on them, but Christ came and stood between humanity and the wrath of God.

Jesus became the perfect Passover lamb whose blood covers humanity and protects them from the full wrath of God already poured out on Jesus. God loves us so much that he would bleed and die for us.