Out of Place Ornaments on Jesus' Family Tree

The Tragic Tale of "the Righteous" Prostitute

The Tragic Tale of Tamar "the Righteous" Prostitute

The first out-of-place ornament Matthew includes in Jesus’ family tree is Tamar, the mother of Perez (Matthew 1:3). If you’ve never heard of Tamar before, you’re not alone. Tucked away in Genesis 38, rudely interrupting the Joseph saga, is the tragic tale of Tamar. Not for the faint of heart, her story makes one squirm uncomfortably. As you will learn, Tamar’s story, one of the most scandalous in the Bible, is hard to sanitize, but well worth the struggle to study.

The Weight of Guilt

The sad saga starts with Judah, Joseph’s older brother. In Genesis 37, Judah had just “rescued” Joseph from certain death by selling him into slavery, but he had failed to protect him from his brothers’ jealousy.

Afterward, Judah separates himself from his father and brothers. He makes a new start among the Canaanites, where he marries and has three sons—the eldest he named Er. Instead of marrying him to an Israelite wife as he should have, Judah arranges for Er to have a Canaanite wife, Tamar. From there, the plot plummets downhill.

The details of this brief marriage are scarce, but the Bible says that God killed Er because he was wicked. We don’t know more than that.

According to custom, the next oldest brother was obligated to marry and conceive a child with the widow. This would carry on Er’s name and extend his family tree. So Judah instructs Er’s brother, Onan, to do so. Well, Onan, too, is wicked; he refuses to give Tamar and his dead brother a child. The details of Onan’s mistreatment of Tamar are degrading and disgusting. God thinks so too. He kills Onan.

Are you uncomfortable yet?

I warned you this story would make you squirm, and it’s just getting started.

With two sons dead, Judah is left responsible for a twice-widowed Canaanite daughter-in-law. Judah should provide for Tamar and his son’s line. But, he’s thinking, “I need to look out for my family and my one remaining son. Tamar is currently 0 for 2. I’m not sure I want to try for round 3.”

So Judah assures her that she may marry the youngest son, Shelah, when he is grown. Judah sends Tamar back to her father’s house, where for years, she lives as a widow. It eventually becomes clear that Judah has no intention of fulfilling his promise.

It Doesn't Get Better Yet

Here’s where Tamar’s tragic tale earns its M-rating. Judah’s wife has recently died, and Tamar hears that he will soon be passing by to check on his sheep. Realizing that Judah has no intention of caring for her by wedding her to Shelah, Tamar births a plan to get what she deems she deserves. First, Tamar disguises herself as a shrine prostitute. She then positions herself in the right place at the right time to carry out her provocative plan.

NOTE: The Hebrew word used here for “prostitute” and what she does are rather specific. All attempts to downplay her misdeeds and those of Judah that follow are dead ends.

When Judah comes by, he says he wants to sleep with her but doesn’t have money. So, he promises to return with a young lamb. Tamar asks for some security to hold onto, and Judah gives her the equivalent of his passport, driver’s license, and credit card—his seal, the cord attached to it, as well as his staff.

They sleep together, Judah goes on his way, and Tamar returns to her widow's ways and clothes. Breaking yet another promise, Judah doesn’t return himself. It’s too embarrassing. Instead, he sends a friend to exchange the lamb for his identification. But the prostitute can’t be found. And rather than humiliating himself by asking around further about a prostitute with his belongings, Judah lets it go.

But These Things Have a Way of Following Us.

Three months pass; then the scandal intensifies again. Judah learns that Tamar is guilty of prostitution and is PREGNANT. The self-righteous patriarch pretentiously declares that she should be dragged out and burned to death. But as Tamar is brought out for burning, she proclaims, “I am pregnant by the man who owns these. See if you recognize whose seal and cord and staff these are” (Genesis 38:25).

You can see it, can’t you? Judah’s face goes flush. A team of Hollywood writers couldn’t craft it any better. The hypocrite owns his sin, repents, and declares that this Canaanite woman, who dressed up as a prostitute and slept with her father-in-law, is “more righteous than I, since I would not give her my son, Shelah” (Genesis 38:26).

A few months later, Tamar bears for Judah’s line, not one but two heirs, Zerah and Perez, who would be the great, great, great….grandfather of Jesus, the Messiah.

When the time came for her to give birth, there were twin boys in her womb. As she was giving birth, one of them put out his hand; so the midwife took a scarlet thread and tied it on his wrist and said, “This one came out first.” But when he drew back his hand, his brother came out, and she said, “So this is how you have broken out!” And he was named Perez. Then his brother, who had the scarlet thread on his wrist, came out. And he was named Zerah.

Although Judah declares Tamar to be “more righteous” than him, no one looks good in this story. It stinks of selfishness, dishonesty, prostitution, and sexual lust. Whatever good you can say about Judah, and it’s not much, you cannot use his sins to make Tamar look innocent by any vast stretch of the imagination. She’s only less bad than her father-in-law. What Tamar did was awful and immoral. Even if she wasn’t one by trade, she acted like a prostitute. The end she gained didn’t justify her sinful means.

So why did Matthew include Tamar in Jesus’ family tree and remind people of this scandalous story?

The very inclusion of her name highlights this lowlight. It forces one to ask, “Who is she?” and causes readers to search the scriptures for her. When they find her in Genesis 38, readers must ask, “Why did God include Tamar’s story in the Bible at all?”

Tamar’s encounter with Judah is a story of human frailty and weakness—of the sinfulness of human flesh. Including people like Judah and Tamar in the Messiah’s line sends a strong message about God’s grace, his pure, precious, and POWERFUL grace. Neither one deserved it, but both are on the list.

Are you shocked? A little offended?

Do you find it shocking and offensive that persons guilty of such grievous moral lapses are included among the ancestors of the Savior?

If this kind of information makes us uncomfortable, it should because it reminds us of our personal sins and unworthiness. At the same time, this list of sinners can be a comfort to us. It can reassure us that Jesus, who was not ashamed to reveal the sins of his human ancestors, who came to seek and to save the lost, who shed his blood for the sins of the whole world, includes you and me among those for whom he died.[1]

A Beautiful Picture of Jesus' Love

Tamar’s tragic tale paints a beautiful picture of the Savior’s unmerited love. Jesus didn’t hesitate to include sinners like Judah and Tamar in his family tree. Just as nobody should boast of his own righteousness, so no one needs despair because of his sin. There’s room for you in God’s family no matter what you’ve done or what your family history may be.

Although Tamar was far from righteous based on her merit, she was declared to be perfectly righteous by a true and better Judah. Her grandchild and her Savior, Jesus, justified her so that it was as if she never sinned in God’s eye.

He has done the same for you. He’s your perfect substitute and your righteousness.

On the cross Jesus stepped up and took the punishment for all your lust, lies, and broken promises. Your sins removed, he replaced them with his holiness.

The child, the Messiah, who came from this scandalous line, was never selfish, dishonest, or filled with lust. Jesus obeyed God perfectly and made for Tamar and Judah a robe of righteousness. This robe covered them, making them pure and perfect in God's sight, beautiful out of place ornaments on Jesus’ family tree. 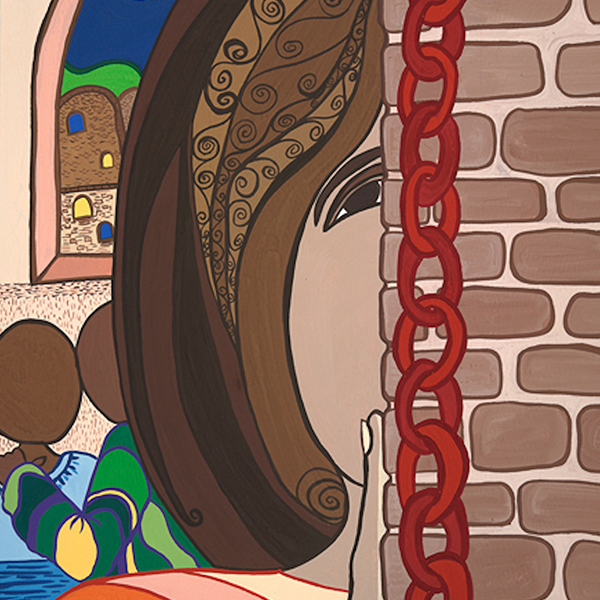 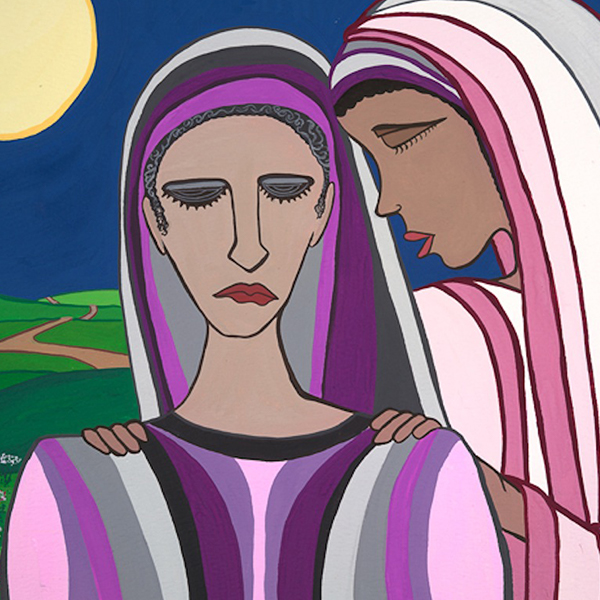 Refuge Under His Wings 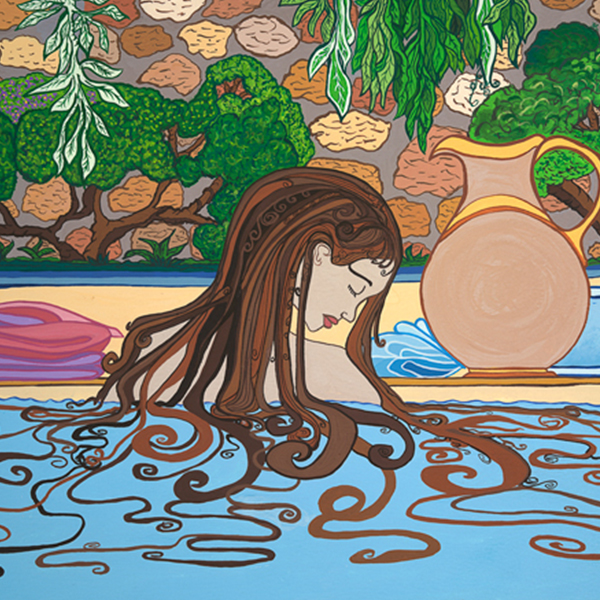 Beloved of the Lord 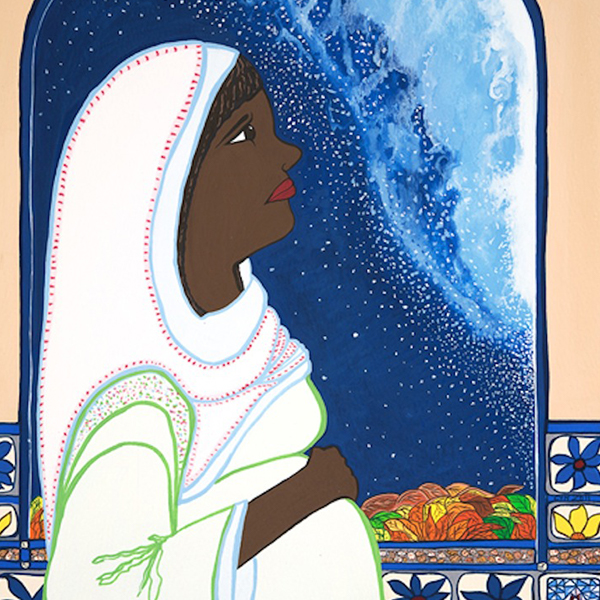