Which Covenant is the Most Important?

Are you faithfully walking the covenant path?

When you hear the word “covenant,” what’s your first reaction? People react in different ways. It warms some people because they associate covenants with blessings. With other people, not so much. They know they haven’t faithfully walked the covenant path. As a result, they feel defeated and dejected.

Jeremiah lived when most of the Israelites were unfaithful. For many years, they had disregarded the covenant God had made with them centuries before on Mt. Sinai. God repeatedly warned them about the dangers of ignoring it but to no avail. They continued in their unfaithfulness.

In an act of incredible love, however, God didn’t give up on them. Instead, he said through the prophet Jeremiah. “Behold, the days come, saith the Lord, that I will make a new covenant with the house of Israel, and with the house of Judah” (Jeremiah 31:31).

Isn’t this amazing? For most people, if someone continued to ignore them and sin against them, they wouldn’t consider making a new covenant with them. After all, they had already proved they weren’t trustworthy. It would seem foolish.

But that is what God did. In fact, he gave them the most important covenant of all that gives wonderful blessings. And it wasn’t just for ancient Israel. It is for all of us. This covenant is recorded in Jeremiah 31:31-34.

As we have already seen, God calls it new. It’s new because it wasn’t like his previous covenant with Israel. This is how he put it,

Not according to the covenant that I made with their fathers in the day that I took them by the hand to bring them out of the land of Egypt; which my covenant they brake, although I was an husband unto them, saith the Lord.

He’s referring to the covenant Moses received from God on Mt. Sinai. It consisted of much more than the Ten Commandments. It included many laws governing the Israelite nation: laws telling them what they could wear and eat and how they were to worship, to name a few. Especially prominent in this covenant is the little word “if.” They would be blessed IF they kept all these laws. If they broke them, they would be punished.

That is exactly what happened. Israel broke this covenant even though, as the Lord said, he was like a husband to them. Even when they were unfaithful, he remained faithful to them.

There’s a saying that states it is insanity to do the same thing over and expect different results. No one knows this better than the Lord. He knew that any covenant which demanded obedience on the part of mankind was doomed to failure. Scripture says no one is good and can do good (Romans 3:12). Sin has thoroughly infected everyone.

Therefore, God made an entirely different kind of covenant with us. The old covenant God had made with Israel was bilateral. Bilateral means both parties. Both God and the people promised to do something. Israel promised to be faithful; if they were, God promised to bless them. Almost all covenants are bilateral.

But not the new covenant! It is unilateral! It has no “ifs”. God doesn’t say he will bless us IF we keep his commands. He doesn’t say we have to do anything. He is the only one who acts in this covenant. It is unilateral. And that is why it is so wonderful.

As you read the next verses, note the total absence of the word “if.”

But this shall be the covenant that I will make with the house of Israel; After those days, saith the Lord, I will put my law in their inward parts, and write it in their hearts; and will be their God, and they shall be my people. And they shall teach no more every man his neighbour, and every man his brother, saying, Know the Lord: for they shall all know me, from the least of them unto the greatest of them, saith the Lord: for I will forgive their iniquity, and I will remember their sin no more.

Instead of laying down conditions for us to meet, God lays out what he will do and what will result from his actions. He will be their God. They will know him – from the least to the greatest. And how about the last sentence? “I will forgive them and remember their sins no more.” Isn’t that amazing? Isn’t this tremendous news? Especially because there are no ifs! Nowhere does he say we first have to be worthy to receive forgiveness or do anything to earn it. No! He will forgive us and, on top of that, remember our sins no more.

He can do this because Jesus took the entire world’s sins on himself. He took responsibility for them and paid our debt to God’s justice. Since Jesus fully atoned for them, God forgives us. Talking about Jesus, Scripture says, “In whom we have redemption through his blood, even the forgiveness of sins” (Colossians 1:14).

God doesn’t say we have to be worthy to be forgiven. Neither did he say we had to pay him back. Such a thought horrifies him. Jesus worked hard; he suffered greatly; he died so God could forgive us without our having to do anything. It dishonors him. It devalues his efforts, it cheapens his love when we think we have to pay him back. Forgiveness is his gift to us.

Some people object and say if this is true, people will run wild. They think nothing will restrain them. This argument, however, ignores the tremendous power of love. When people grasp what Jesus has done for them, their hearts fill with love. The last thing they desire is to do anything that saddens or hurts him. They still will do such things because they are still weak in sin. But they don’t want to do them and feel bad when they do. Their greatest joy is to please the Lord by doing his will.

Trying to do good follows God’s forgiveness. It’s a result of and response to his forgiveness. It is not the cause or the reason why he forgives them. Scripture says, “we love, because he first loved us” (1 John 4:19). We first must experience his saving love. Then, and only then, are we capable of truly loving him.

The new covenant truly deserves to be described as incredible. It’s so incredible that many people can’t believe it’s true. But it is! God has forgiven you because Jesus has already paid for all of your sins. That is the message of Scripture. This is the new covenant God has made with you. Believe it and live guilt-free, joy-filled lives in Christ. 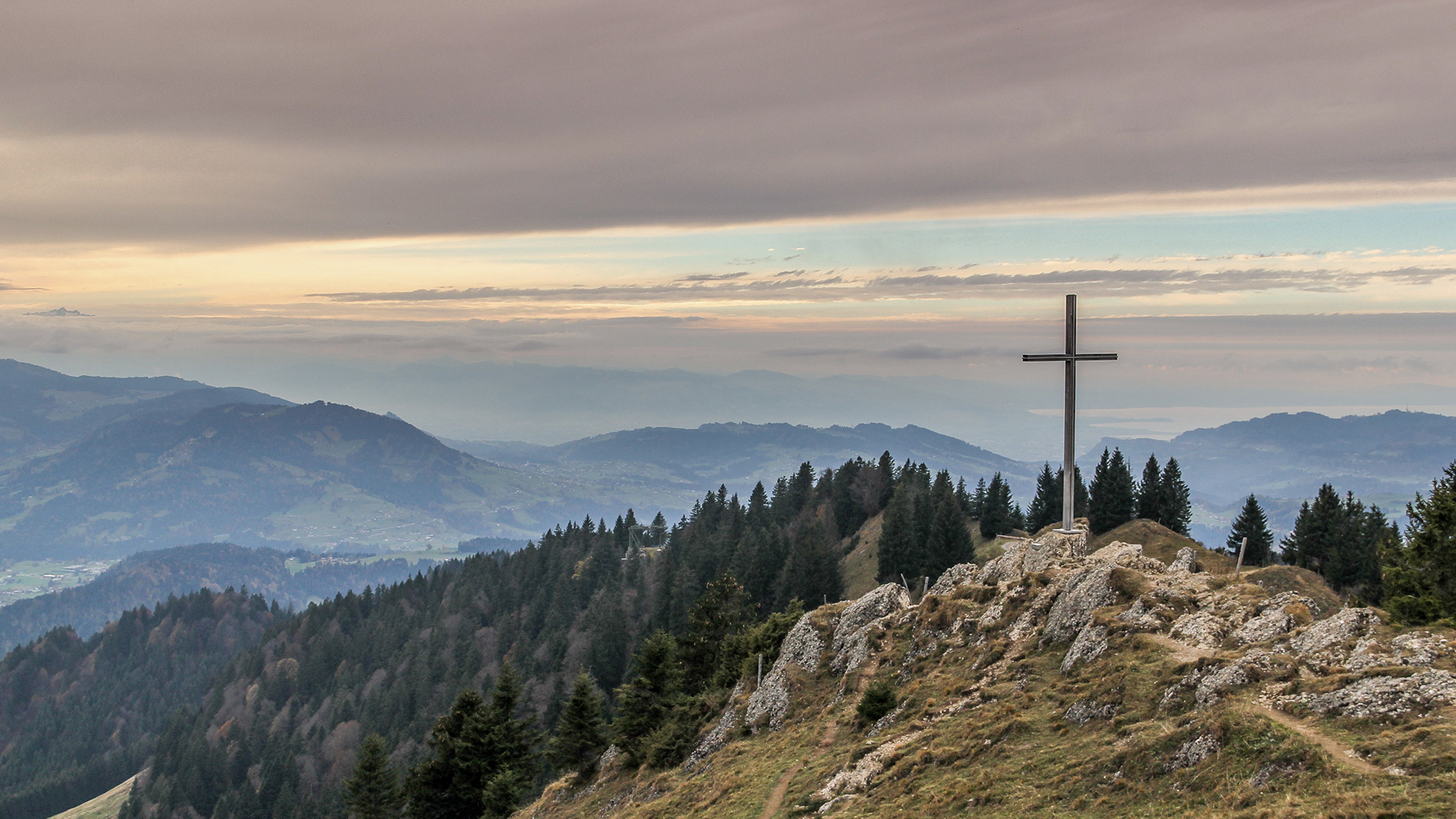 Can a Loving God Send Someone to Hell?

Some would like to believe hell could not exist if God is loving. On the contrary, hell exists because of God’s love. What does this mean?