Brenda’s Story: God helps those who cry out for help.

The following article is written as a story about a woman, Brenda, who was constantly trying to achieve worthiness and approval in her life, and the struggles she faced.

The following article is written as a story about a woman, Brenda, who was constantly trying to achieve worthiness and approval in her life, and the struggles she faced. We pray this illustration of life as a series of athletic events helps you visualize how Heavenly Father truly helps those who cry out for help.

The Great Race of Life

“Nikki, how can we expect to qualify for the Victor’s Crown when our scores are so far from perfect?”

“It’s like coach told us, Brenda, we just have to do the best we can. If we persevere to the end having done all we could; that will prove we are worthy to receive the crown.”

Nikki and Brenda were participants in the Great Race of Life. The race is an unusual competition in several aspects. First, each successful contender in the race receives the ultimate prize, the Victor’s Crown. Second, each day holds a multitude of different scored competitions. Third, the duration of the race is different and unknown for each participant. Nobody knows when their time in the race will end, their scores tallied and the judgment made as to whether they are worthy to receive the Victor’s Crown.

Less than Her Best

As time went on, Brenda began to despair about her chances to qualify for the ultimate prize. It was not that her scores were particularly worse than anyone else’s. In at least half the events her scores were even better than her friend’s. But each evening, as Brenda reflected on her day’s performance, she saw where she had made mistakes, where her effort was less than her best. She could no longer reflect on her performance and convince herself she had “done all she could do”.

If that were the extent of Brenda’s doubts, she might have been able to make the rationalization Nikki makes. That whatever her day’s efforts amounted to, mistakes and lapses in effort included, this was in fact, “all she could do.” If that was the extent of her doubts, she just might have kept her dream of qualifying for the Victor’s Crown alive. But the words of the race official on her first day in the race haunted her. “To qualify for the ultimate prize you must post a perfect score in every event of every day you are in the race!”

Her coach had rephrased this stipulation by saying, “You must always strive to be perfect, but you can never be perfect! To qualify for the crown you must simply do all you can do to prove you are worthy of it.” Certainly that sounded more logical than demanding perfect scores when perfection was impossible. Yet Brenda couldn’t shake off the suspicion that her coach was lowering the qualification standard. It was not what the race official had stipulated!

And there had been one contestant who had posted a perfect score in every event of every day for his 32 years in the great race. He was known as the Great Exemplar because every other contestant strove to follow his example — and like Brenda, every one failed every day.

A Crisis of Faith

Brenda was facing a crisis of faith. If she trusted her coach, then maybe her imperfect efforts were good enough — regardless of her own evaluation. But, if perfection was the qualification standard…well, she might as well quit now!

The next day’s first event was a bicycle hill climb. With a fatal “do or die” resolution, Brenda attacked the route. She quickly outpaced the other contestants. Endorphins raced through her veins fueling her euphoria. “If I could just have one perfect event — maybe even one perfect day!” But her concentration wavered. Her foot slipped off the peddle shifting her balance. She started falling to her left. She attempted to regain her balance by steering in the opposite direction but misjudged her momentum and over-corrected. Instead of simply righting her bike Brenda took a sharp turn towards the side of the road, flipped her bike into the air and crashed headlong to the pavement.

As Brenda catapulted through the air she gave up on herself. Before she hit the ground she was crying. Not from any physical injury, no, Brenda’s pain was far more fundamental. From the depths of her being she cried out in anguish “I can’t do it! Can’t anybody help me?”

A water station volunteer ran over. He looked down compassionately at Brenda. Strangely he was smiling. He said mysteriously “God helps those who cry out for help!”

Mistaking his smile for contempt, Brenda spit back “Just what is that supposed to mean? And why are you smiling? You think this is funny?”

Sitting down next to Brenda the man said, “No I do not think it is funny; but I do know it is necessary. And for that reason, I delight in your pain!” Brenda thought, “Now he’s just being rude.” She attempted to get up, but the man’s next words held her. “Did you mean it when you said you give up on yourself? Is your cry for help sincere?”

Defeated, Brenda whispered, “Yes. I can’t do it. I can’t ride one perfect race. I can’t even do all I am capable of doing. If I am to qualify for the Victor’s Crown, I am going to need a lot of help.”

The man’s smile broadened. His eyes glinted with excitement as he said, “Then it is my express pleasure and privilege to award you the Victor’s Crown!” From somewhere he produced a magnificent crown and placed it on Brenda’s head. For the first time, Brenda noticed the man wore his own crown.

Sputtering, Brenda jumped to her feet. “How? Why? I don’t understand!”

Taking Brenda’s hand as he rose, the man explained, “There is only one person who ever met the conditions of the Great Race. He is the only one who posted a perfect score for every event of His life.”

“That is what you call Him and what I once called Him. But He is so much more than that! It would be more accurate to call Him the Great Victor! You see there is only one victory and He won it. No one else ever has or can ever come anywhere near the victory’s requirement of perfection. But the Great Victor shares His victory with everyone who gives up on herself and cries out for help.” The man made a gesture by pointing his finger to himself as he added with a sheepish grin: “or who gives up on himself and cries out for help.”

Then he continued, “In essence, the only way to win the Great Race is to lose it! That is, to first come to the recognition that nothing you can do will make you worthy of the Victor’s Crown. Only when this ultimate state of humility is reached will a person recognize his or her abject need for the Great Victor. Only then can a person believe he or she is credited with His perfect scores. Only then can a person know he or she receives the Victor’s Crown through faith in the accomplished fact of His victory!”

It’s Your Victory Too!

Today, if you are running the Great Race of Life, keep watch for you may spot Brenda. She patrols the race routes on her bike helping those who have fallen — those who have given up. She volunteers her time out of love and thanksgiving for her Victor’s Crown — won for her by the Great Victor. Each event, she watches for her friend Nikki, hoping to see her fall, hoping to see her give up on herself and cry out for help. You see, it is Brenda’s deepest desire to place the Victor’s Crown on Nikki’s head. And Brenda knows time is not on her friend’s side. If Nikki’s time in the Great Race ends before she has received the crown, Nikki will be lost to her forever.

And oh, by the way, you might think about giving up yourself. The Great Race has already been won, Satan was defeated and the price of your sins was paid! There is nothing you can add to Christ’s perfect victory. Your crown and your robe of righteousness are waiting for you to simply believe it. 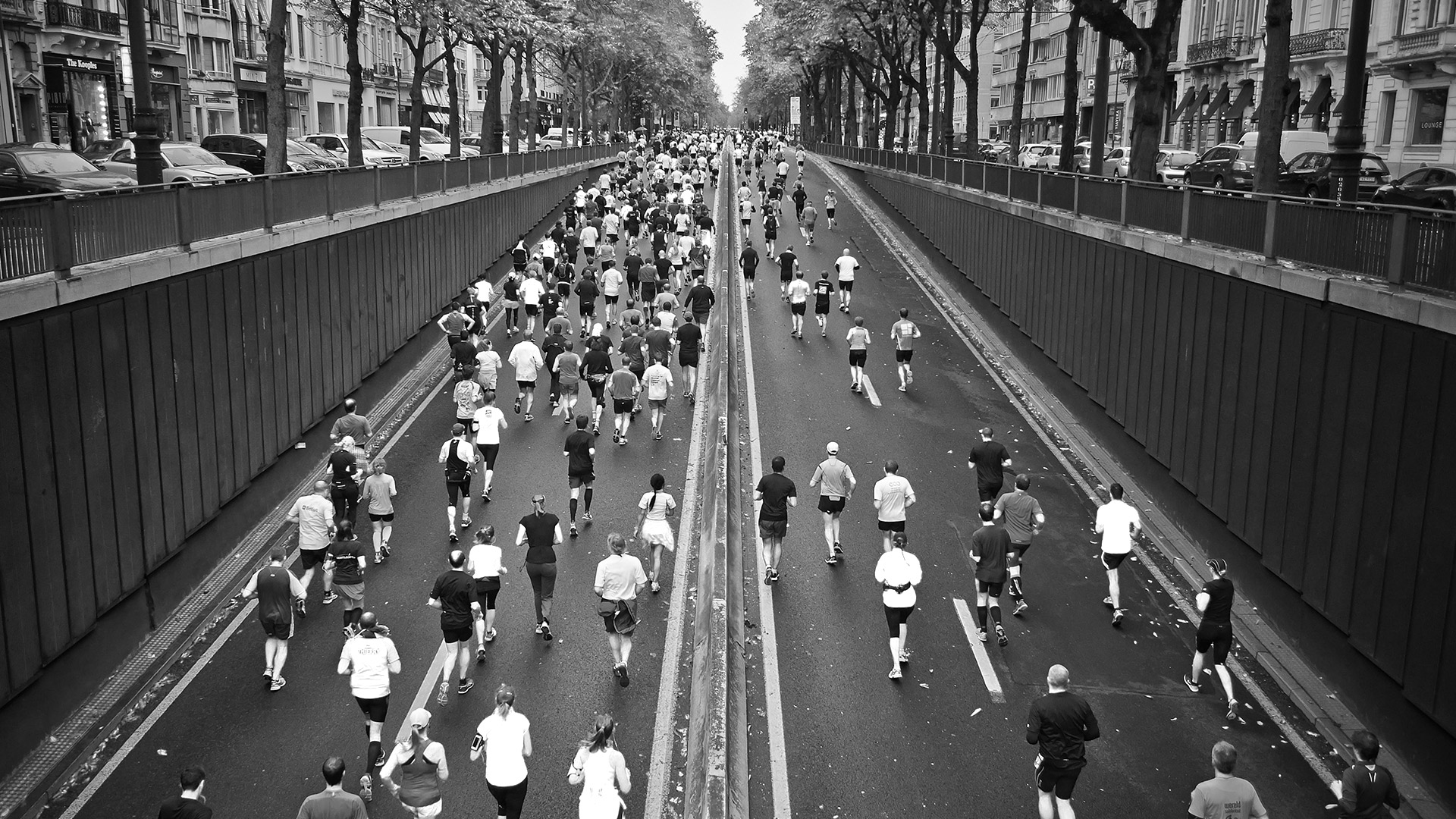 Rachel’s Story: My Miracle of Forgiveness

Read one woman’s journey of finding true forgiveness and freedom.

Wrecked & Redeemed: Out of Place Ornaments on Jesus’ Family Tree

These are the stories of five women scattered, like out-of-place ornaments on a Christmas tree, on Jesus’ family tree, as chronicled in the Matthew 1 genealogy.