When does God forgive? How do we know if we've really been forgiven?

One of the most heartening things we can ever hear from God is, “You are forgiven.” That instantly relieves us of the heavy burden of guilt. It assures us that Heavenly Father accepts us. It brings brightness where there is gloom. It instills hope where there is fear. It changes our lives.

But when does God forgive? On what basis does he forgive? Scripture’s exciting message is that God doesn’t base his forgiveness on what we do. It rests 100% on what Jesus has already done for us.

Scripture’s exciting message is that God doesn’t base his forgiveness on what we do. It rests 100% on what Jesus has already done for us.

Scripture’s message is not so much “believe and God will forgive you.” Rather it’s “God has forgiven you. Believe it!”

God’s forgiveness isn’t a pious wish but a divine fact.

It’s like a teen who went on a rampage, trashing his parent’s house and stealing all their valuables. Once he came to his senses, he realized how terribly he had sinned against them. He couldn’t bring himself to face them. So, he ran away. His parents were hurt and devastated. But they talked it out and decided to forgive him. The only problem was that they didn’t know where he was.

The parents searched desperately for him but to no avail. Then they learned that his best friend knew where he was. This friend had promised the son not to tell his parents where he was, so he agreed to take a message to him. They wrote it out so their son would know it came from them. They told him they had forgiven him and pleaded with him to come home. When the teen heard this, he couldn’t believe it. He thought that it was too good to be true. He felt that he must win back their acceptance. So he remained in hiding.

Does his unbelief nullify the fact that his parents had already forgiven him? No. But his unbelief does keep him estranged from them. His unbelief results in his not enjoying the blessings of being at home with his parents. What a needless tragedy.

The same situation exists, but to a much greater degree, in many individuals’ relationships with God. They can’t believe that God has already forgiven them. They know Jesus paid for their sins, but they still think that they have to do something to earn God’s forgiveness. They can’t believe that forgiveness is his gift to them. They live each day needlessly burdened with guilt. They wonder if they have done enough to be forgiven. They are uncertain about where they stand with God, especially when they realize they still sin.

God doesn’t like seeing people burdened with guilt. Therefore, God tells us in many different ways that he has already forgiven us.

As Jesus’ suffering on the cross was drawing to a close, he declared, “It is finished” (John 19:30).

In the original Greek, this consisted of one word – ‘tetelestai’ – a word that was commonly used to mark bills paid in full. By using that word, Jesus showed that he had paid our debt of sin in full with his suffering and death.

Because Jesus did that, Scripture says that we are now forgiven. “To wit, that God was in Christ, reconciling the world unto himself, not imputing their trespasses unto them” (2 Corinthians 5:19).

What an extremely comforting passage! No one is excluded. God reconciled the world to himself. He didn’t wait for mankind to act. Like the parents in the story, he took the initiative to repair the relationship. He did that “in Christ.” He sent his beloved Son to pay our debt. As Jesus himself proclaimed from the cross, that is exactly what he did. Therefore, as this passage states, God now does not impute or charge their trespasses against them. We have forgiveness through Jesus’ blood. (Ephesians 1:7)

Not only does God forgive our sins, but he also forgets them! Scripture never indicates that Jesus is now our creditor, and we must pay him back to be forgiven. It emphasizes the direct opposite. It says God’s forgiveness is so complete that he no longer even remembers the sins! After describing Christ’s sacrifice, the writer of Hebrews proclaims, “And their sins and iniquities will I remember no more” (Hebrews 10:17).

What God forgives, he also forgets.

Hebrews goes even further. “Now where remission of these is, there is no more offering for sin” (Hebrews 10:18). This doesn’t just mean that we don’t have to make a payment for sin. It’s stronger than that. It means that the very category no longer exists! There is no longer any such thing as an offering for sin. In other words, we cannot make any offering for sin – even if we want to.

Jesus’ payment not only wiped out sin’s debt but also made any future attempts to pay for sin obsolete and useless. Debt payments no longer exist when the entire debt – past, present, and future – is already taken care of.

Heavenly Father forgives us because Jesus has already paid the debt. That is the consistent message of Scripture.

But that is a difficult message to believe. Dr. Paul Brand explains, “We humans do not take easily to forgiveness. The concept flies against reason. We are prepared for anything but this: a God who strikes hard bargains, yes, but not One who lets us off scot-free.”

Note: A common response to the message that forgiveness is God’s gift is that this then gives people the opportunity to sin all the more. We address that concern here.

A Life of Happiness

Guilt is a heavy burden to bear. It’s difficult to put down. No matter how hard people try to ignore it, it rears its ugly head. In the still of the night, it often weighs the heaviest. In the privacy of one’s thoughts, it painfully persists. It pricks consciences and calls to mind sinful thoughts and acts. It never is satisfied. It never relents.

The only thing that effectively removes guilt is knowing that Jesus has broken its power by taking full responsibility for our sins and paying our debt to God’s justice. It’s the knowledge that the Lord has separated us from our transgressions as far as the east is from the west (Psalm 103:12) and has drowned them in the depths of the sea (Micah 7:19).

Guilt’s stranglehold is broken and replaced with great joy. Now, we are worthy and acceptable to God. Even when we sin and guilt try to make us miserable again, we can nip it in the bud by pointing to Jesus’ completed sacrifice for us. That is one thing that guilt can’t stand against. Confronted by Jesus’ sacrifice for us, it must retreat with its tail between its legs.

It can’t even make us fear judgment day. Knowing that God has already forgiven us based on Jesus’ work for us, we can eagerly look forward to judgment day. We can view it as our day in court, where we will be vindicated and welcomed into the Father’s presence for all eternity – not because of anything we have done, but entirely because of everything Jesus did for us.

Believe that and experience a life of happiness. 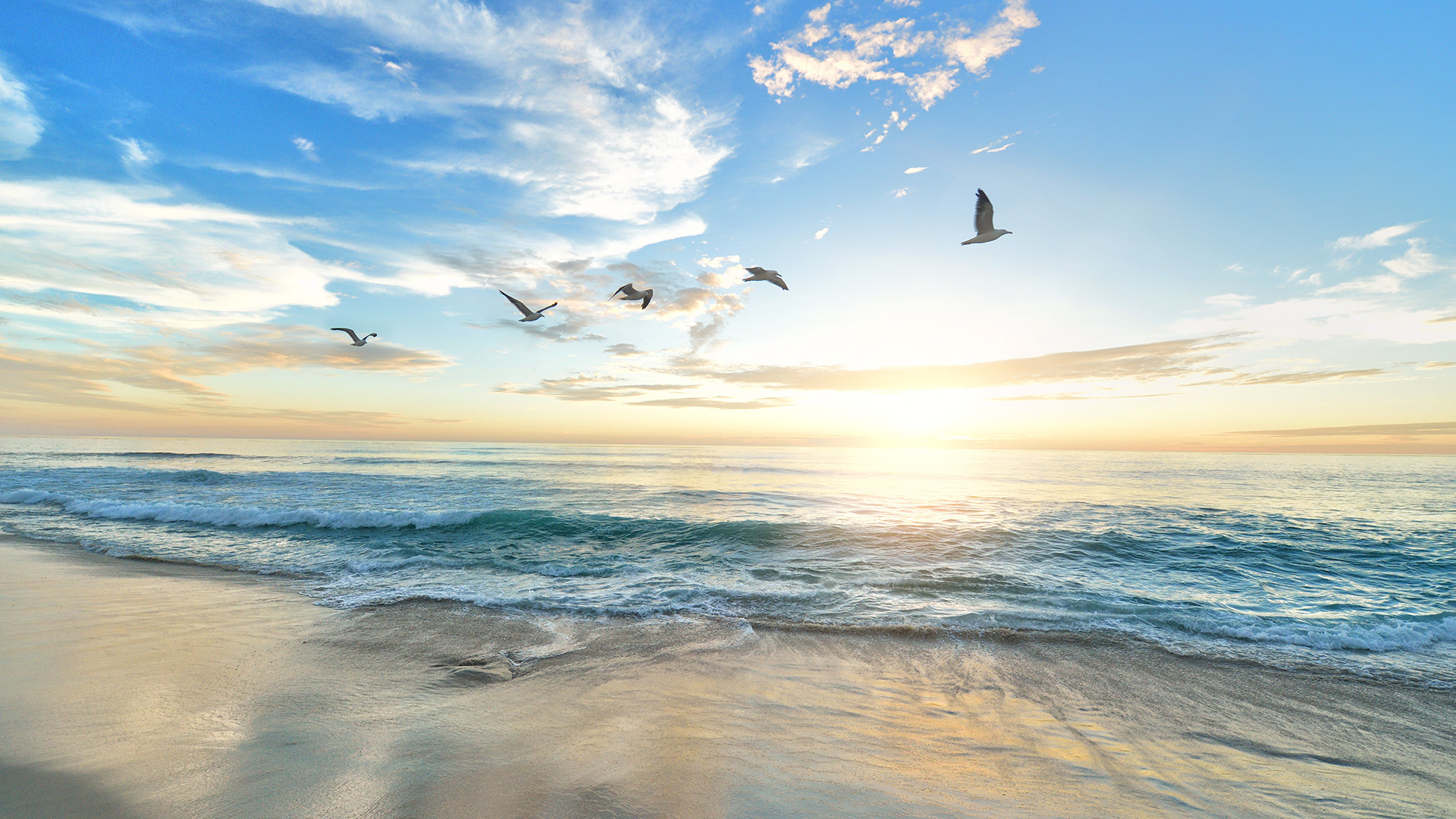 Where Did Sin Come From?

Who is to blame for sin in the world? Learn why God created the world, even though he knew sin would be a part of it.