“Be ye therefore perfect, even as your Father which is in heaven is perfect.”

These words of Jesus are so important. They set the standard for being acceptable to Heavenly Father.

Unfortunately, many people don’t take Jesus’ words as seriously as they should.

Jesus’ words can easily cause people to despair when they come to the realization that the standard to be acceptable before God is to be perfect. This means to be without sin.

Not only that, but Jesus calls on us to be perfect right now. Not years. Not centuries. But today.

Would you believe that despair is the reaction Jesus is hoping for from us? He wants us to despair of trying to attain perfection ourselves. For only when we realize that we will never reach perfection – that it is far beyond our abilities to attain – will we be open to the amazing scriptural truth that we can be perfect right now in Christ.

Through Jesus’ perfection, we can be worthy in God’s sight. That is the relief that Jesus desires for each of us.

Are you wondering how this could possibly be true?

#1: We Are Perfected by Jesus’ Offering

That Jesus was our substitute, doing everything for us, is the message John the Baptist proclaimed when he said:

All who heard John identify Jesus as a lamb would immediately think of the temple sacrifices where, for centuries, lambs were sacrificed for people’s sins. An important part of that ritual occurred before the person handed the lamb over to the priest. He would hold his hand over the lamb’s head as he confessed his sins. This symbolically transferred his sins to the lamb, only after was the lamb sacrificed.

What was symbolically pictured with these lambs, actually happened with the Lamb of God.

Scripture tells us that “the Lord hath laid on him the iniquity of us all” (Isaiah 53:6). The result? “But he was wounded for our transgressions, he was bruised for our iniquities: the chastisement of our peace was upon him; and with his stripes we are healed.” (Isaiah 53:5) Do you see Isaiah’s strong emphasis on substitution? Incredibly, God punished Jesus for our sins instead of punishing us.

Since this is the greatest act of love ever, it is not surprising that Scripture deals with it in many passages. One striking verse, especially in light of Matthew 5:48, is Hebrews 10:14. “For by one offering he hath perfected for ever them that are sanctified.” Here is the light at the end of the tunnel. Here is relief in the midst of despair. Here we are told that we can meet God’s standard of perfection through Christ’s one sacrifice!

Note that people are perfected not by two or more offerings. It is not by Jesus’ offering plus what we do. “By one offering he hath perfected” (emphasis ours).

Also note the past tense “hath perfected.” That indicates a done deed. There is nothing left to do. This thought is repeated a couple of verses later:

“And their sins and iniquities will I remember no more. Now where remission of these is, there is no more offering for sin.”

Some are troubled by the last phrase in v. 14, “them that are sanctified.” They think this means we first have to do something – we first have to be sanctified – before we are perfected by Christ’s one offering. But the context clarifies that this is not so. It clearly says that being sanctified also rests on Christ’s supreme offering:

“By the which will we are sanctified through the offering of the body of Jesus Christ once for all.”

If anything, this last phrase strengthens the fact that Jesus did everything for us. Through his one offering, people are both sanctified and perfected. That is why Scripture often calls believers God’s holy people, his saints.

#2 We are Perfected by Jesus’ obedience

Some people agree that Jesus paid for all their sins, but think that they still must keep the commandments in order to be worthy. It’s as if Jesus got them out of the hole they had dug for themselves – giving them a fresh start to become worthy themselves. That gives some relief, but not much especially when we keep in mind what is all involved in keeping the commandments. The Lord is not interested in just an outward keeping of them. That is something he despises as seen in his condemnation of the Pharisees.

Scripture tells us that the Lord looks at the heart – at our innermost thoughts and deepest motives. We can hide nothing from him. Even when we say nice things about people but are thinking badly about them, he is not pleased. The bottom line is that adding the idea of keeping the commandments to any discussion of worthiness places a heavy burden on people. And when we are honest with ourselves, we realize that it is an impossible burden.

But the good news of Scripture is that Jesus did not only die for us, he also lived for us. He kept every commandment consistently and perfectly for us. One passage bringing that out is Galatians 4:4-5:

But when the fulness of the time was come, God sent forth his son, made of a woman, made under the law, To redeem them that were under the law, that we might receive the adoption of sons.

The very reason Jesus was born under the law was to redeem us who were under the law by taking our place and keeping the commandments perfectly for us.

During his entire life, he wove a perfect robe of righteousness for us. Every act of obedience was like another stitch in that robe. This is the sacred garment that gave Isaiah so much joy:

I will greatly rejoice in the Lord, my soul shall be joyful in my God, for he hath clothed me with the garments of salvation, he hath covered me with the robe of righteousness.

#3 We are Perfected through Faith

Faith is the other important component of salvation. We are saved by Jesus’ work for us which comes to each individual through faith:

Therefore by the deeds of the law there shall no flesh be justified in his sight: for by the law is the knowledge of sin.

But now the righteousness of God without the law is manifested, being witnessed by the law and the prophets;

Here too disagreements abound. One disputed subject is the definition of faith. Some define it as a principle of action and power. In support they quote passages like Matthew 17:20:

If ye have faith as a grain of mustard seed, ye shall say unto this mountain, Remove hence to yonder place; and it shall remove; and nothing shall be impossible unto you.

But Jesus is not talking about salvation. When salvation is the subject, faith is nothing other than trust. It is believing, or placing your trust in Jesus’ work.

That brings us to another area of disagreement. Some agree that faith means trust but they differ on the object of that trust. The object of saving faith, according to Scripture, is Jesus’ substitutionary work: his perfect life for us and his atoning death for our sins. But some make his words, not his works, the object of faith. That wouldn’t be so bad but then they focus not on his promises but on his commands – commands God designed to show us our sin. They, however, encourage people to trust that these commands and the keeping of them are the way to become worthy. In this way, a heavy burden is again placed on people.

Faith is nothing less, and nothing more, than trusting that Jesus has done it all for you.

It is basing your claim to worthiness entirely on the two different ways Jesus sacrificed his life for you:

Faith in Jesus abhors the thought of bringing anything else into the discussion. It knows that introducing human work as a cause of worthiness will destroy our worthiness because human work only adds imperfection to Christ’s perfection. Faith in Jesus rests its hopes of living eternally with Heavenly Father completely on Jesus’ doing and dying.

Honor Jesus by Marveling at His Sacrifice

The best praise we can give Jesus is by being in awe of his great sacrifice for us.

There are two passages that vividly underscore what this meant to Jesus. 2 Corinthians 5:21 says:

For he hath made him to be sin for us, who knew no sin; that we might be made the righteousness of God in him.

God laid our sins on Jesus so completely that it was as if Jesus became Sin Personified – “He hath made him to be sin for us.”

So much so that not only was Jesus Sin Personified, he was also a “Curse Personified”:

“Christ hath redeemed us from the curse of the law, being made a curse for us”

We cannot imagine the pain and agony this caused Jesus. Think of being seen by God as the very personification of sin! Think of being the embodiment of God’s curse! Often we focus on Jesus’ physical sufferings. They were truly horrendous. The cruel mistreatment he underwent and the merciless flogging he endured were just the preliminaries to the excruciating pain of crucifixion. As horrible as all that was, however, it paled in comparison with his being cursed by his Father as Sin Personified.

Jesus gives a glimpse of his anguish over that when he cries out from the cross:

“My God, my God, why hast thou forsaken me?”

Article: What does it really mean to Endure to the End?

No matter how long you meditate on that, you won’t fully understand it. But you can be careful that you don’t diminish it. Show your appreciation of it by always giving him all the credit for your salvation. Look to his work and his work alone as the one reason why you will live with Heavenly Father for all eternity. 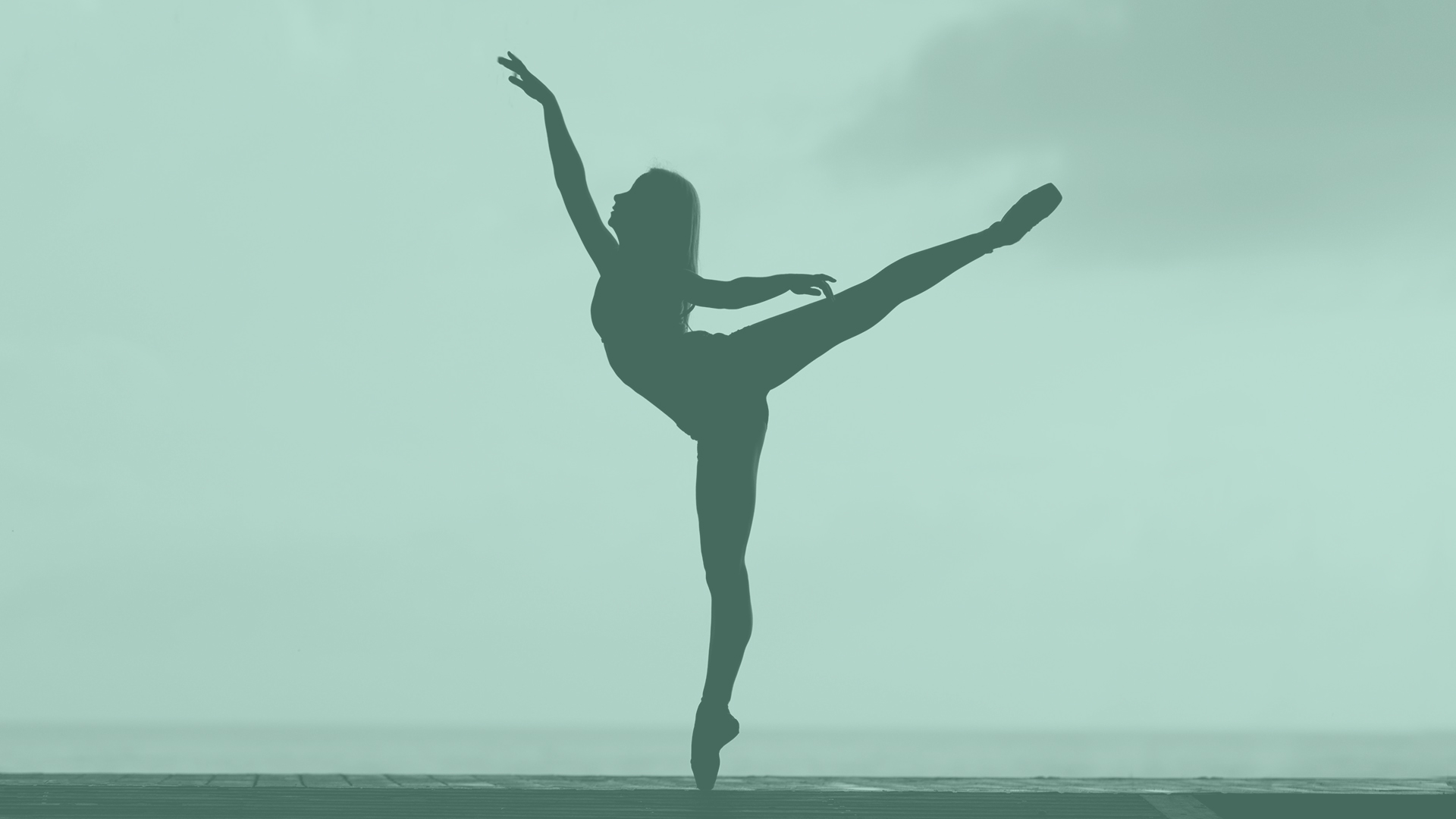