People regularly ask about the meaning of the parable of the prodigal son that is recorded in Luke 15. Although it has become well-known by this title, it would be better described as the parable of the forgiving father. He is whom Jesus emphasizes in the parable.

And he said, A certain man had two sons: And the younger of them said to his father, Father, give me the portion of goods that falleth to me. And he divided unto them his living.

And not many days after the younger son gathered all together, and took his journey into a far country, and there wasted his substance with riotous living. And when he had spent all, there arose a mighty famine in that land; and he began to be in want. And he went and joined himself to a citizen of that country; and he sent him into his fields to feed swine. And he would fain have filled his belly with the husks that the swine did eat: and no man gave unto him.

And when he came to himself, he said, How many hired servants of my father’s have bread enough and to spare, and I perish with hunger! I will arise and go to my father, and will say unto him, Father, I have sinned against heaven, and before thee, And am no more worthy to be called thy son: make me as one of thy hired servants.

And he arose, and came to his father. But when he was yet a great way off, his father saw him, and had compassion, and ran, and fell on his neck, and kissed him. And the son said unto him, Father, I have sinned against heaven, and in thy sight, and am no more worthy to be called thy son.

But the father said to his servants, Bring forth the best robe, and put it on him; and put a ring on his hand, and shoes on his feet: And bring hither the fatted calf, and kill it; and let us eat, and be merry: For this my son was dead, and is alive again; he was lost, and is found. And they began to be merry.

Now his elder son was in the field: and as he came and drew nigh to the house, he heard musick and dancing. And he called one of the servants, and asked what these things meant. And he said unto him, Thy brother is come; and thy father hath killed the fatted calf, because he hath received him safe and sound.

And he was angry, and would not go in: therefore came his father out, and intreated him.  And he answering said to his father, Lo, these many years do I serve thee, neither transgressed I at any time thy commandment: and yet thou never gavest me a kid, that I might make merry with my friends: But as soon as this thy son was come, which hath devoured thy living with harlots, thou hast killed for him the fatted calf.

And he said unto him, Son, thou art ever with me, and all that I have is thine. It was meet that we should make merry, and be glad: for this thy brother was dead, and is alive again; and was lost, and is found.

The father’s forgiveness is remarkable in light of the disrespect the younger son had shown him. It was the height of disrespect in that society for a son to even hint at wanting his inheritance before his father died. But if that wasn’t enough, this son leaves home. That was unheard of in a society where the father reigned supreme. In other words, Jesus was describing an extreme example of disrespect. Such a son would have been disowned, not only by the father but by the entire society.

That makes the father’s reaction to the son’s return even more remarkable. The father patiently looks for the son and sees him when he is still far off. Then the father does something unheard of. Instead of refusing to see the son, which would have been the practice of the day, he takes the initiative and runs to greet his son! And how does he greet him! He “fell on his neck and kissed him.” And while his son is still pouring out his confession, he is planning a huge homecoming party. Again, this goes against everything that would have been expected in that society.

The older son represents that society. He becomes angry at his father’s actions. He is jealous of the attention his younger brother is getting. He stays outside and pouts. But again, the father surprises us. He doesn’t read his older son the riot act. He once more takes the initiative and goes out to him, trying to reach him.

This wonderful forgiving father represents God. By telling this story, Jesus emphasizes how eager God is to forgive us. He doesn’t demand a pound of flesh from us. He doesn’t make the way to forgiveness a long and painful process. He simply forgives! He forgives because, in an act of tremendous love, he punished Jesus for our sins instead of punishing us. The book of Ephesians describes this love by saying, “In [Jesus Christ] we have redemption through his blood, the forgiveness of sins, according to the riches of his grace” (Ephesians 1:7).

What is the point of the parable of the prodigal son? It is a wonderful illustration of the amazing forgiveness we have in Christ.

If you’re interested in learning more about this parable, Timothy Keller does an excellent job bringing out the nuances of the story in his book, The Prodigal God. 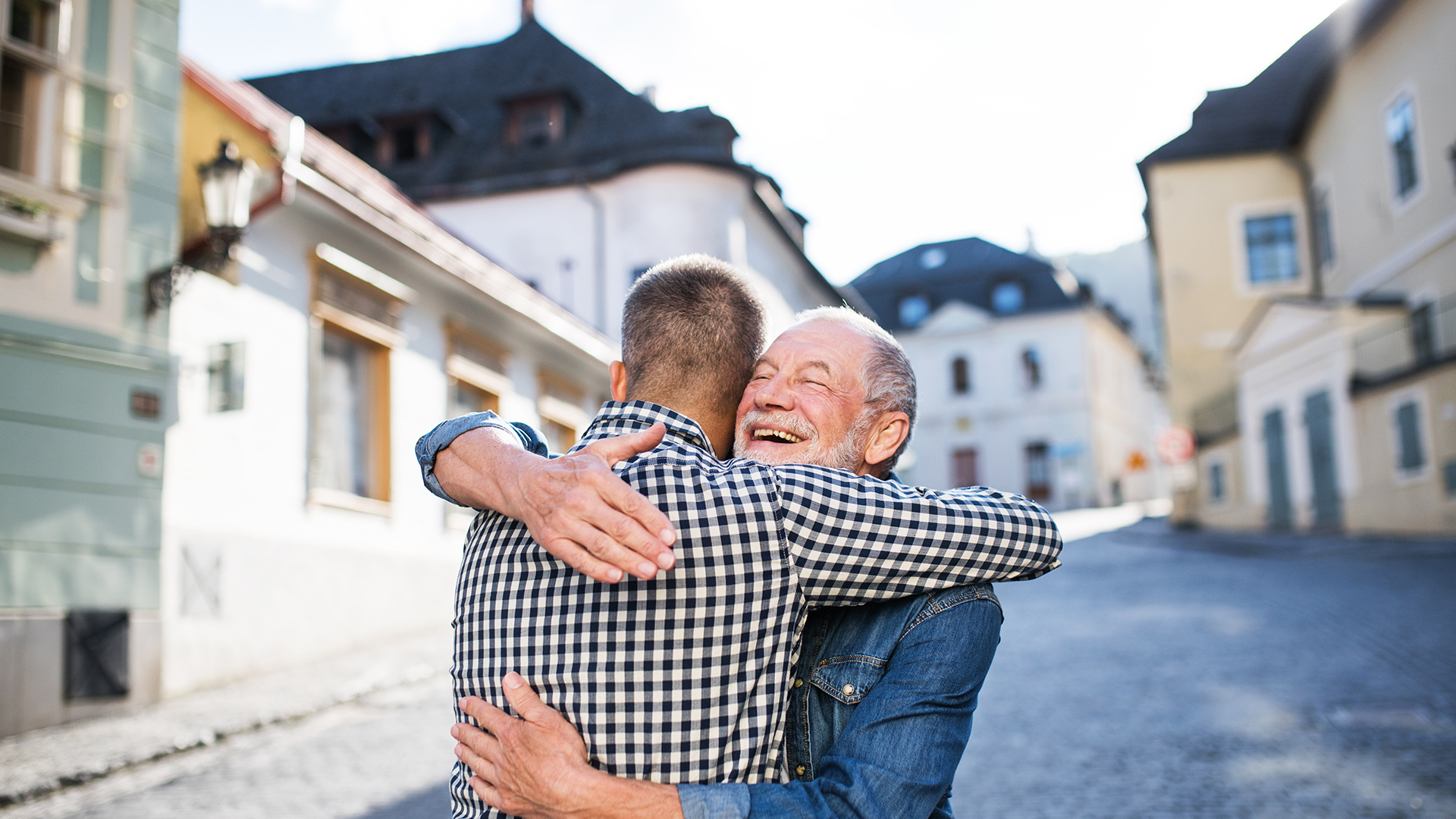 Which Bible Translation Should I Use?

The Bible was not originally written in a language that most people can read. Therefore, most people need to read from a translation to understand the Bible.