If God Has Forgiven Me, Why Do I Still Feel Guilty?

Guilt is much deeper than a feeling; it is a verdict. Because of Jesus' atonement, the Bible describers believers as "justified."

Suppose you go to the doctor for an annual checkup. You’ve never felt better and are expecting a clean bill of health. Instead, tests reveal terminal cancer. You would be shocked because you didn’t even feel sick.

Or imagine a time when you had a personal interaction with a friend. You left the conversation feeling like you might have unintentionally offended them. So, you follow up to prevent any hard feelings. Much to your relief, they didn’t leave your conversation offended at all. Your feelings were wrong.

Feelings are not always accurate indicators of reality.

This is also true in matters of faith. Do you have to feel forgiven to be forgiven? Or, stated another way, if God has forgiven me, then why do I still feel guilty? If guilt is something you’re struggling with, you’re not alone. Keep reading to discover the peace of forgiveness.

The Source of Guilt

God has written his law in our hearts. When we violate God’s will, our conscience will let us know through feelings of guilt. Some choose to ignore this guilt and ultimately dull their consciences. For this reason, God clearly recorded his law in the Bible. The purpose of God’s Law is to show us that we are guilty of sin and in need of Christ.

See Also: What is the Purpose of God’s Law?

The devil also uses God’s laws. He wants us to doubt God’s love. First, he tempts us to think God’s commandments don’t have our best interests in mind (like he did in Eden). He does this to create skepticism about God and confusion about his will. Then, when we break God’s commandments, Satan comes in a very different role as the accuser. Now, he tries to convince us that God could never love someone like us. He continues to point out all the things in our past that we’ve done wrong. He does this in an effort to drive a wedge between us and God.

Yet, God assures us Jesus has paid the price for all sin—including yours. In 1 John, he states, “The blood of Jesus Christ his Son cleanseth us from all sin” (1 John 1:7).

Here’s a quick test to determine whose voice you’re listening to when you feel guilt. If it drives you further away from God, makes you question where you stand with God, or if it prompts you to double down on your own efforts to win his love, then you’re actually listening to the voice of Satan. On the other hand, if it forces you to give up any efforts of winning God’s favor by your obedience to the commandments and drives you to trust in Christ’s perfect record for you, then it’s the Spirit’s voice. Satan’s voice leads to ongoing guilt. The Spirit’s voice leads to relief and forgiveness.

The Verdict Is In!

Guilt is much deeper than a feeling; it is a verdict. A person who has been convicted of a crime in a courtroom is found guilty. This objective status is given whether the person feels guilty or not.

Courtroom imagery fills the Bible, describing the biggest trial of all: being judged by God himself. The importance of this trial cannot be overstated because it determines nothing less than our eternal destiny. Because of Jesus’ atonement, the Bible describes believers as “justified.” Justification is the opposite of condemnation. It is a not-guilty verdict. God assures us that he justifies us because he punished Jesus for our sins. For we have been “justified freely by his grace through the redemption that is in Christ Jesus” (Romans 3:24). Jesus said, “He that believeth on him is not condemned” (John 3:18).

This undeserved justification is an incredible message! The evidence of our guilt is overwhelming. We have not just broken God’s law once or twice. Unkind words slip out before we even realize it. Angry and even hateful thoughts arise effortlessly. We are not strangers to lust, greed, worry, and self-centeredness. On and on it goes. The list is endless.

Instead of condemning us, however, God condemned Jesus! The prophet Isaiah describes this exchange of guilt by saying, “The Lord hath laid on him the iniquity of us all” (Isaiah 53:6).

Jesus took responsibility for our sins. He paid the full price. He served our sentence. This is why now we are “justified freely by his grace.” It would be unjust if God punished us again for the same sins.

God wants you to believe this truth and be absolutely assured he has forgiven you. He does not want you to doubt his love. Therefore, he has given you tremendous proof—Jesus’ resurrection. Talking about Jesus, Scripture says, “Who was delivered for our offences, and was raised again for our justification” (Romans 4:25).

Think again of the legal system. Now, however, imagine a prisoner walking out the front gates of a prison. He talks with the guards. A few even shake his hand and wish him well. It’s obvious he has completed serving his sentence.

This is exactly the message God sent by raising Jesus from the dead and having him leave the prison of the tomb. Jesus was raised because we were justified. God takes us by the hand, leads us to Jesus’ empty tomb, and says, “See, I raised him. I let him go. I did this because he has served your entire sentence. You are now not guilty. I have acquitted you. Don’t doubt it. Know you are forgiven!” Rejoice because Scripture says, “Their sins and iniquities will I remember no more” (Hebrews 10:17).

As incredible as this sounds, this is the gospel truth. God has forgiven you! God has justified you! Believe it! Don’t listen to Satan’s voice and remain in a prison of guilt and doubt. Listen instead to the Spirit’s voice. God has opened your cell and now invites you to step forward and experience the full peace of forgiveness Jesus has won for you. 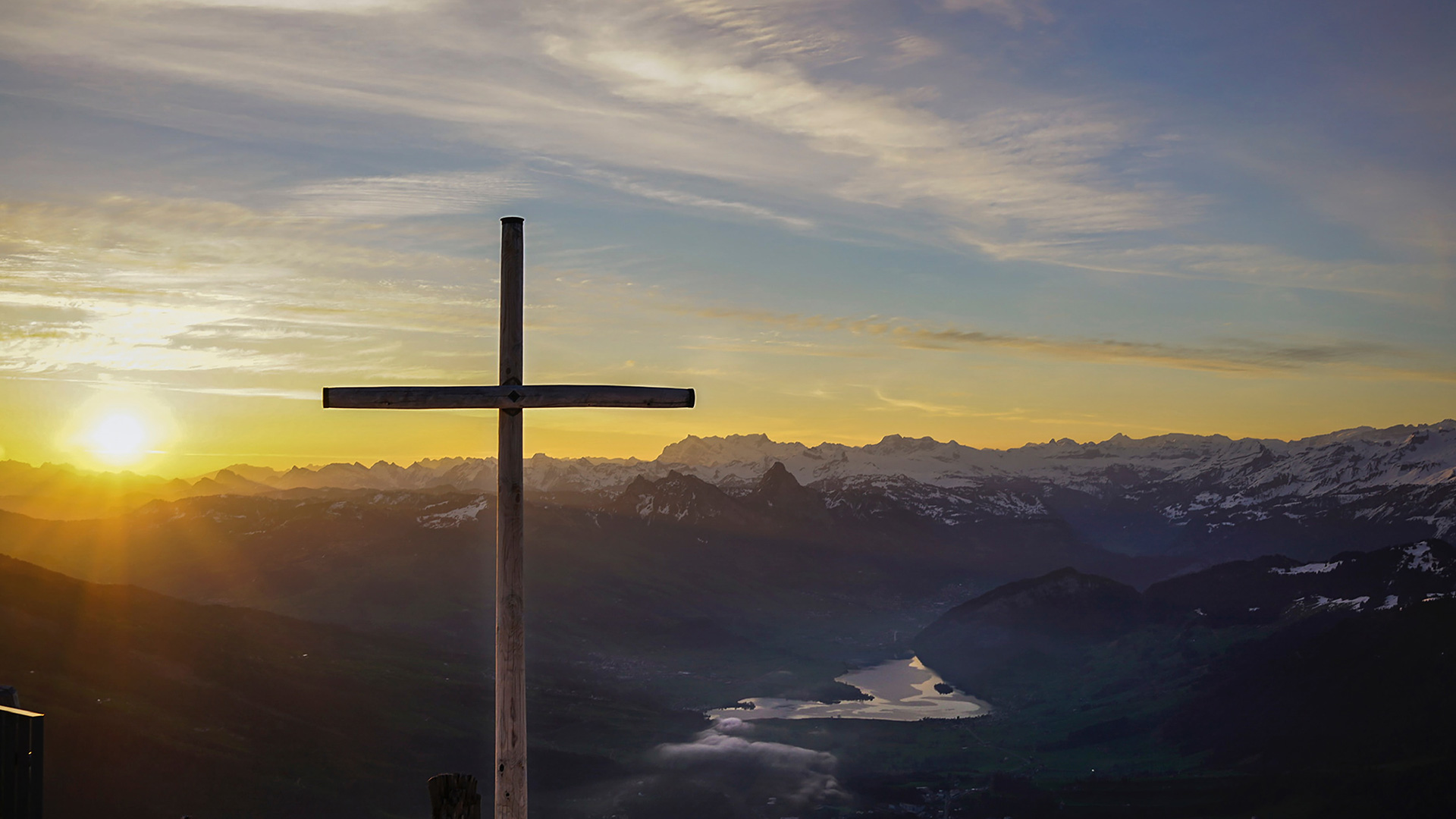 What does forgiveness really mean for your life?

How well do you understand forgiveness? What would happen if you believed you were fully forgiven? Enter your information below to receive our FREE 6-lesson scripture study, Faithful & Just to Forgive.

Is it OK to Ask Questions About God?

People, during the course of their lives, will struggle with different doubts. What is most important is what you do with them.

Be or become perfect?

What is Jesus really saying in Matthew 5:48?